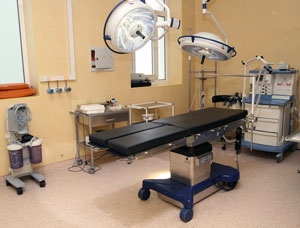 How can an adhesive be tested for water absorption for use in medical device applications?

Epoxies are known to be resistant to water. A good way to conceptualize this would be to expose the epoxy to water over time and measure its change in weight. This tends to be a good benchmark for feasibility in terms of its resistance to saline and other body fluids.

Master Bond cured a few samples of two part epoxy EP30Med, a biocompatible system that meets USP Class VI requirements and also complies with the FDA CFR 175.105 specification for indirect contact with food. The samples were cured overnight at room temperature. Heat was then added for 3 to 5 hours at 70°C. They were then immersed in water and a measurement of the weight change over time was measured, for a total period of 180 days, or 6 months.

What we found was that the data followed a somewhat linear trend until it leveled off, at about + 0.7 % weight increase, after roughly 75 days. In this case, the material reached a saturation point of less than 1%. The recorded data of all tested samples fell within a similar range.

This is an important empirical evidence for medical device manufacturers, especially where medical devices are exposed to aqueous based solutions. This gives an indication that if EP30Med were used in a special medical device, that the water absorption of the epoxy should be minimal. Moreover, any small increase in weight would likely level off after a certain time period. Note that, on a case to case basis, testing for other fluids based on the relevance of the eventual application can also be done in a similar manner.

The graph below shows the weight change as a % versus time (number of days): 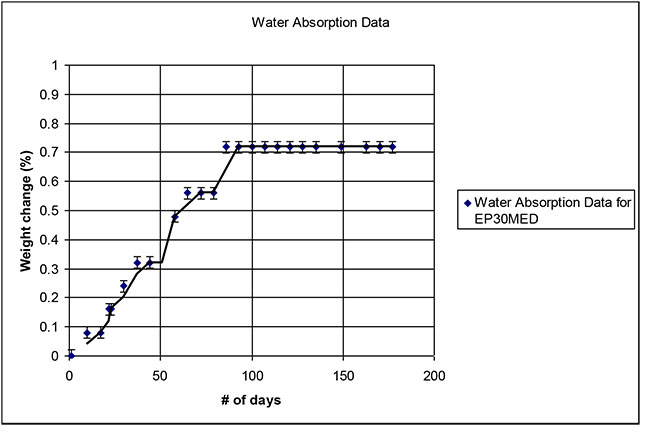