EP45HTAN: Used for bonding titanium to carbon-carbon composites for use under extreme temperatures 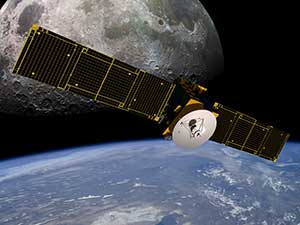 Can an adhesive maintain its strength when bonding titanium to carbon-carbon composites under extreme temperature and harsh conditions? This is precisely what researchers1 from QSS Group, Inc., the Ohio Aerospace Institute and the NASA Glenn Research Center were determined to find out. They tested multiple formulations, and discovered that Master Bond EP45HTAN proved to be ready for the challenge.

Commercially available high temperature, thermally conductive epoxies, silicones and (inorganic) ceramic adhesives were used in this study to bond carbon-carbon composites to commercially pure (CP) titanium sheets. This study’s aim was to ascertain the feasibility of adhesive bonding in conjunction with brazing in the assembly of heat rejection systems for the Jupiter Icy Moons Orbiter (JIMO). Using bonding agents could significantly improve and simplify manufacturing while lowering costs. This investigation would also help establish the suitability for using adhesives for surface systems. Special emphasis was placed on simulating operating conditions for bonding titanium pipes to carbon-carbon face sheets for the cool end of heat rejection systems.

These adhesive systems were evaluated for their mechanical performance. Bonded surfaces were subjected to extreme high/low temperatures to determine their long-term durability. Butt-strap tensile (BST) lap shear strength was measured after exposure to 530-600K (494-620°F/257-327°C) for 24 hours on the high end and to liquid nitrogen 77K (-321°F/-196°C) for 15 minutes on the low end of the spectrum. Testing was adjusted to 530K after it was determined that subjecting bonded specimens to 600K was too severe.

Microscopic analysis was performed at the adhesive interface and led to the disqualification of 12 out of 18 candidates. They were eliminated because voids, porosity and cracks were observed between the bonded joints. This would adversely affect not only the strength properties, but also the thermal conductivity of the mated structure. Maintaining robust thermal conductivity was an important goal for these adhesives. Additionally, it is important to note that initial results showed some adhesive systems did not adhere well to titanium. To overcome this deficiency and improve adhesion, Ti coupons were grit blasted to roughen surfaces. The final results of this study indicated that aluminum nitride filled Master Bond EP45HTAN shared best mechanical properties and exhibited shear strength of 8-9 MPa under the conditions tested.

This study revealed after bonding with EP45HTAN, the tensile failure took place in the outer ply of the C/C composite demonstrating that the adhesive was stronger than composite substrate being joined together.