Adhesives and Encapsulants for Photomultiplier Tubes 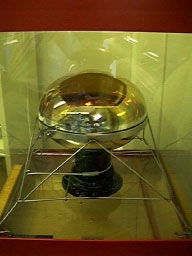 Photomultiplier tubes are detectors that provide high levels of sensitivity detection of light with very weak signals. These have a wide range of applications including but not limited to spectroscopy, medical diagnostics and imaging, nuclear and particle physics, motion picture film and high end image scanning equipment, and astronomy. Some elements of this technology can also form the basis of night vision equipment. These photomultipliers typically consist of evacuated glass housings and several photo electrode components.

Master Bond adhesives, sealants, and encapsulants provide various properties which are useful in the construction of such photomultiplier tubes. Select formulations offer vacuum sealing capabilities, while others provide resistance to a wide range of chemicals, including water, and mineral oil over time.

One such example of a Master Bond Epoxy system was the EP21LV, which was used on a design that required that the tubes, bases, and cables be immersed in oil for several years without adversely affecting the phototubes or the oil. To accomplish this, the bases and necks of all MiniBooNE PMTs were coated with the two-component epoxy EP21LV from Master Bond. The results seem to imply that the Master Bond epoxy was impervious to and insoluble in oil, and thereby it was applied on top of the existing coating on some of the recycled tubes as well.