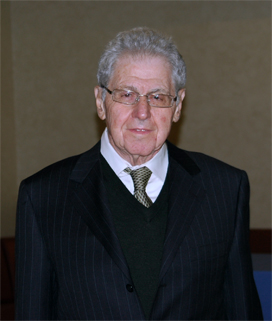 Walter Brenner was born on July 21, 1923 in Vienna, Austria. He immigrated to the United States with his family in 1938 to escape the Nazi takeover in Austria. Walter and his only sibling, Dr. Egon Brenner, adapted well to life in the U.S., eventually distinguishing themselves as eminent chemical and electrical engineers, respectively, and prominent educators. Dr. Brenner studied under the famed Dr. Donald Othmer while doing his graduate work at Brooklyn Polytechnic Institute and upon completion, they remained close friends and associates.

Dr. Brenner served as a professor of chemical engineering at NYU for over 20 years and among his many accomplishments, he is credited with being one of the first scientists to study the effect of high-energy radiation on specific polymers. He is a prolific writer on various polymeric issues, authoring and co-authoring numerous patents, technical papers, magazine articles and two books.

Walter was a highly sought after technical consultant for many well-known institutions and companies throughout the U.S., Europe and the Far East. In 1975, Dr. Brenner ventured out and established a specialty adhesive company focusing on custom formulations for high-end industries including those involved in the aerospace, national defense, medical device, optical, electronic, OEM and the oil/chemical industries. Dr. Brenner's company, Master Bond Inc, is in full operation today, is flourishing and considered very successful.