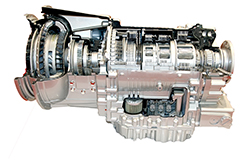 No matter the task, the most important three elements of selecting an attachment method are application, application and application. In some uses, mechanical attachment works and can be cost-effective. In others, that approach can cause problems. In still other uses, cyanoacrylates, silicones or other types of adhesives may function well. One of the best options for many applications, especially the tougher and more challenging uses, is epoxy.

What Is An Epoxy?

Traditionally, epoxies are quickly associated with their two part nature. When some adhesives just won’t cut it, we reach for many of the familiar, two part packages of epoxy and stir up a batch of the tough stuff. While that’s accurate and a fine approach for uses in the home, for instance, that perception falls short of the vast range of epoxies available for manufacturing applications.   An epoxy is a thermosetting polymer. With two part epoxies, the epoxide resin of one part reacts when mixed with the polyamine hardener of the other. Newer, one part epoxy systems are pre-catalyzed and cure with the application of heat.   Both types offer a variety of advantages. Compared to other adhesives, epoxies are usually stronger and more durable, making them suitable for structural uses. They offer high mechanical strength properties, superior dimensional stability and excellent adhesion to similar and dissimilar substrates. Also offering better chemical and temperature resistance, epoxies usually exhibit a   very wide temperature range, often from cryogenic to hundreds of degrees F. Selection of the proper compound depends on the specific application requirements and the most convenient processing techniques.

Ins and Outs of Mechanical Attachment

The electrical equipment industry possesses its own unique set of challenges in adhering parts together. While mechanical attachment systems are by many considered tried and true, their related disadvantages are numerous.   Each screw or rivet requires a drilled and/or threaded hole. Drilling, threading, fastener insertion, proper tightening and threadlocking can combine to become an expensive, complicated process, especially in a high production environment. Soldering is appropriate for many uses, but soldered joints aren’t known for durability in high and constant vibration environments. Brazing is sometimes effective, but also has its downsides. For instance, silver brazing is prohibitively expensive. Welding usually offers high strength and durability. It can also be overkill for some applications, expensive and often modifies and/or weakens substrates. Also, soldering and welding usually require considerable post-processing before assembly. Prior to finishing operations such as plating or painting, such tasks can involve anything from deburring to grinding, and chip cleanup and recovery.   Every hole drilled in a given component adds another potential point of failure in the form of stress cracking. If not performed precisely, drilling can also result in chipped, weakened, or otherwise damaged substrates.   Electrical components create even more concerns, especially when it comes to temperature, vibration, shock and electrical/thermal insulation or conductivity.

The potential misgivings of mechanical attachment are considerable in motor and generator applications. Many electrical equipment manufacturers are looking for better, more efficient and more cost-effective solutions to avoid those shortfalls.   Whether operating at consistent or widely varying speeds, motors and generators often serve as the workhorses of industry, sometimes running throughout the workday or even 24/7. Vibration is a serious concern, even for the best balanced, smoothest running components such as small DC motors. Larger motors and generators usually power other equipment such as pumps or compressors, using drive systems that introduce even higher levels of vibration and start-stop shock.   Epoxies are a structurally strong, chemical, vibration and temperature resistant, and cost effective alternative to mechanical attachment. Also, adhesives in some related uses evenly distribute holding power between attached elements, instead of focusing high levels of stress at only the points of mechanical attachment. Even distribution of attachment forces also improves thermal efficiency, helping components run cooler and last longer.   Some of the specific applications for epoxies used with motors and generators include the attachment of brackets, support frames, control boards, end plates, covers and housings, as well as magnet segments and ring magnets to housings and rotors. Epoxies also work exceptionally well as encapsulants and to seal wireconnections. They offer outstanding electrical insulation properties. Specific grades are noted for their heat dissipation properties.   Often, solvent based varnishes are used for wire reinforcement at commutator connections. In high vibration applications, which are actually very common, varnish won’t effectively reinforce such wiring, leading to flexing and eventual failure. Epoxies are an excellent alternative to varnishes, applying easily and creating a strong coating protecting the wires and keeping them stable even in high vibration uses.   In those and other motor and generator applications, epoxies often enable the use of lower cost components requiring fewer pre-assembly operations such as drilling and cleanup, won’t chip magnets, reduce operational noise and prevent corrosion, while exhibiting high structural strength and temperature resistance. As an electrical insulator, epoxies can block a current path through a bearing, greatly extending the useful life of a motor or generator. Additonally, epoxies can waterproof armatures and stators and, since most types are machinable, can also be used for precision balancing. These compounds are designed for easy dispensing while greatly enhancing cosmetic appearance.   Compressors, pumps and other machinery—typically driven by electric motors—present even more opportunities to take advantage of the characteristics of epoxies. For example, epoxies can be used in leveling, mounting and grouting, staying stable over long periods to keep equipment aligned and properly positioned.


A World of Electrical Opportunities

Epoxies are strong and protective in applications such as component dipping and casting, or encapsulating entire transformers. Potting and sealing are other uses applicable to a variety of electrical applications, such as in switchgear and lighting. Again, as is the case with motors and generators, epoxies are an excellent choice for wire retention as well as bracket, channel, ballast and many other attachment duties. Compared to other forms of adhesives which often age, crack and fail in extended, direct-sunlight applications, epoxies not only remain strong over time but also withstand consistent, direct sunlight. Applications here would include solar and other alternative energy-related devices and equipment.

Many adhesives, sealants, coatings and encapsulants include in their makeup various solvents and diluents. Those volatiles are generally driven-off by either external heat (one part) or the heat of the reaction (two part). How serious is this problem? In large, production applications, as many as six gallons of solvent can be driven off for every gallon of solids deposited. The EPA often regulates this pollution potential, with control involving expensive, anti- pollution measures such as solvent recovery systems with afterburners.

In UV curing, the epoxy absorbs and converts UV light to chemical energy. This happens very quickly— sometimes, instantaneously. Such formulations are 100% reactive and thus emit no volatiles when cured. So, UV cure types are non-polluting. Often called ‘cool curing,’ UV processes expose substrates only to brief, superficial temperature changes. Substrate warping and shrinkage are greatly reduced, and parts can be manually handled much sooner than those that have just been removed from a cure oven.

UV-cure epoxies are finding increased acceptance in a variety of uses, especially those involving plastics, optics and electrical/electronic components.

Few adhesive, attachment and mounting materials meet or exceed the range of capabilities offered by epoxies. High, structural strength. Resistance to chemicals and high temperatures. Thermal or electrical conductivity or, depending on the application, electrically insulating. High resistance to vibration and shock. Long term stability. Cost-effective application, workability and machinability.   Remember that proper application requires proper preparation of the substrates. Even though effective cleaning is required for reliable, long-term strength and stability, epoxies are less labor intensive and more cost- effective than many traditional alternatives.   While considering substrates, remember that certain epoxy formulations work better with plastics, and others with metals. Always consider every recommendation and specification from the epoxy manufacturer.   Always consider epoxies for the applications discussed here, as well as in new uses. Adhesives technology is quickly changing and evolving with, for instance, nanotechnology fillers and new curing agents. So, applications that previously wouldn’t be considered for epoxies and other adhesives are now possible.